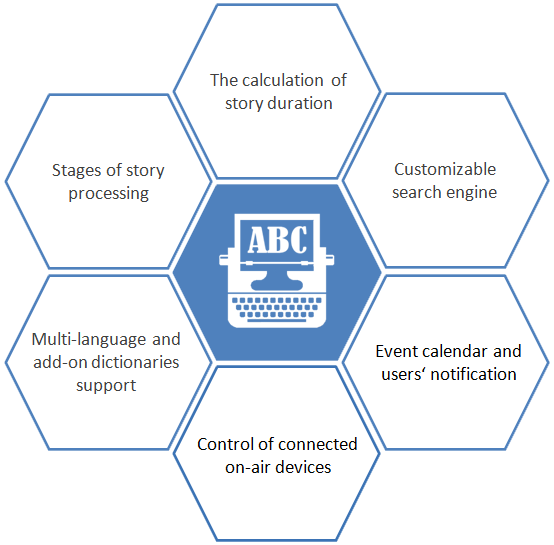 The close cooperation between the development team and the journalists is the primary advantage of the system. The customization based on the demands of the intended users allowed for the maximum comfort working with news rundowns.

miraNEWS system supports an unlimited number of studios and news rooms for both television and radio broadcasting. Each editing studio participates in the creation of one or several programs. Multi-level access to the material allows real-time control of the rundowns at all stages of work, from planning to broadcasting and archiving. Each user is able to utilize their preferred graphic design. A set of graphics templates is provided for each program individually, which allows you to quickly and accurately add titles to the story.